If you’re looking for breakfast in New Orleans, look no further than Mother’s Restaurant.

August 20, 2018. We are back in New Orleans after a 7-day cruise with Carnival. Our trip is almost done and we are headed home to Las Vegas later in the afternoon. I don’t know about your family, but our family is incredibly indecisive. Being hangry doesn’t help the lack of decision making either. Immediately the first thing we think about is where to eat breakfast. Our hotel didn’t have the greatest breakfast buffet and the coffee shop only had pastries. We were looking for something a little bit more robust to end NOLA on a high note. Jacob, the Hubs, immediately set out to ask Siri, who really isn’t any damn help by the way. After asking her “breakfast near me” and “breakfast in New Orleans” and about five minutes, (see what I mean?) he hollered back some options.

Don’t forget to grab your FREE copy of the Coffee Roast & Brew Guide! It has all of the secrets to brewing great coffee at home, with a bonus of showing you how to pair your coffee with different foods so you can enjoy coffee anytime and not just in the morning. Plus you’ll get on my monthly newsletter where I share new coffee spots, exclusive recipes, and other tips to make great coffee right at home!

How We Found Breakfast in New Orleans

Jacob is a visual guy so he tends to gravitate towards mouth-watering pictures of food and of course stars capture his eye too. He’s learned to not trust Yelp, but ends up finding a place that has 4.5 stars called Mother’s. One thing I’ve learned about being a foodie and restaurant blogger is don’t judge a restaurant by the looks of the outside. I mean, it needs to be clean and all, but some of the best places we’ve visited have been the one you immediately break out the sanitizer when you open the door. Not even kidding. I mean in Belize at Ms Patty’s, she was serving food from a “kitchen” that wouldn’t pass any county health inspection. #WelcomeWorldTraveler

I’m the kinda person that really enjoys breakfast food for breakfast. In our travels and even here in Las Vegas, places to eat breakfast are few and far between. Finding breakfast in New Orleans didn’t prove to be any different. Okay, so Mother’s. The pictures on Google looked dated, but 4.5 stars? That was the highest rating of any of the restaurants so we thought why not. We set out on the few block trek from our hotel on Canal Street to Poydras. Located on the corner of Poydras and Tchoupitoulas (I think it’s pronounced cho-PIT-chu-las, but don’t quote me) is a teeny tiny restaurant called Mother’s. It looked teeny tiny and felt it, but it was a actually a good size and man did these ladies move.

What we didn’t know walking into Mother’s is that there is a deep seeded history that lives here. Not only are they the home of the World’s Best Baked Ham, but they have been around since 1938 without skipping a beat. You can read more on their history here; it’s pretty amazing! They’ve also been in the same location, weathering hurricanes like Katrina back in 2005. Despite a bit of rain and wind damage and some spoiled food, they reopened just a short 45 days after Katrina passed. Many of the folks that worked for Mother’s since the early days lost their homes during the hurricane. The owners did some amazing things for employees that lost their homes. Read more about how they partnered with a company and helped these families rebuild.

Finding a table at Mother’s can be quite challenging. I don’t gather the employees get much of a break as this place was HOPPING from the moment we entered to the time we left. When we entered, we were greeted by a nice lady who gave us menus and said we could sit anywhere there was an open table. Mother’s has a order-at-the-counter process that is quite efficient, although when you’re in line, you best know what you want. These ladies don’t have time to wait for you to decide and neither do the people behind you. Don’t get me wrong, the ladies were nice, but they are cranking out food and order and need to turn tables quickly. So take your time eating, but be ready with your order and be ready to leave when you’re done. There was a lot of hollering, teasing and shouting out orders and it was kind of fun to see it all go down. Let’s call it entertainment.

I mean you can’t go to the south and NOT have grits, right? Grits is served with just about everything or at least it’s an option. And if you want to live like a local, you best get the grits. My omelet was also served with the best homemade biscuit I’ve ever tasted. It was perfectly baked, crispy and fluffy inside. On the side was plenty of butter and homemade raspberry preserves. I could have easily eaten that by itself. I couldn’t finish the whole plate; they do not skimp on the portions by any means. 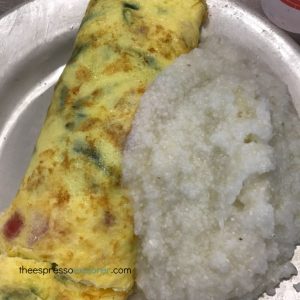 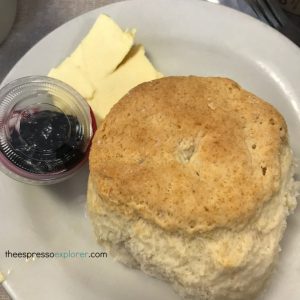 We had no idea walking into Mother’s that this place was home to the World’s Best Baked Ham. Someone had to order this and be ready with forks to try it out. So this monster of a plate could have easily have been shared by the four of us. My petite aunt ordered it and when it arrived, her eyes were the size of the andoille sausage in her red beans. It was HEAPING with ham, cabbage and red beans and turnip greens. I’m pretty sure we didn’t even make a dent in it. Everything was delicious. The ham was tender and fresh; the turnip greens were perfectly cooked and seasoned. The red beans and rice was  a favorite as well. We had so much food left, I felt awful for leaving it. Next time, we share.

Jacob enjoyed a Po Boy (of course) and for the life of me I can’t remember which one. He inhaled it as soon as it touched the table and before I could snap a picture. One more day and this guy would have turned into a Po Boy. He ate one, and sometimes two, every day we were in New Orleans. But he enjoyed them and figured out where his favorite was and wasn’t. Maddie, my daughter, had a dish of red beans and rice which she is still relishing in at this moment.

Um. It was the blackest, most decadent coffee I’ve ever had from a diner. Whoever made that days pot needs a trophy. I don’t even know the roaster and it really doesn’t matter. But what does matter is the coffee was icing on the cake for this New Orleans restaurant.

When Are You Booking Your Trip?

No, really. February through April is the best time to travel to New Orleans. Avoid August at all cost. It was hot and muggy, like I can’t even describe it. Although it’s Mardi Gras in March, you can still find great weather, museums, tours, and a ton more. But if you’re looking for a great breakfast/brunch joint, make sure you stop at Mother’s. You’ll get great southern food with southern hospitality and generous portions. What’s a favorite locals place where you live? 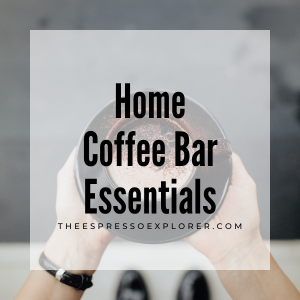